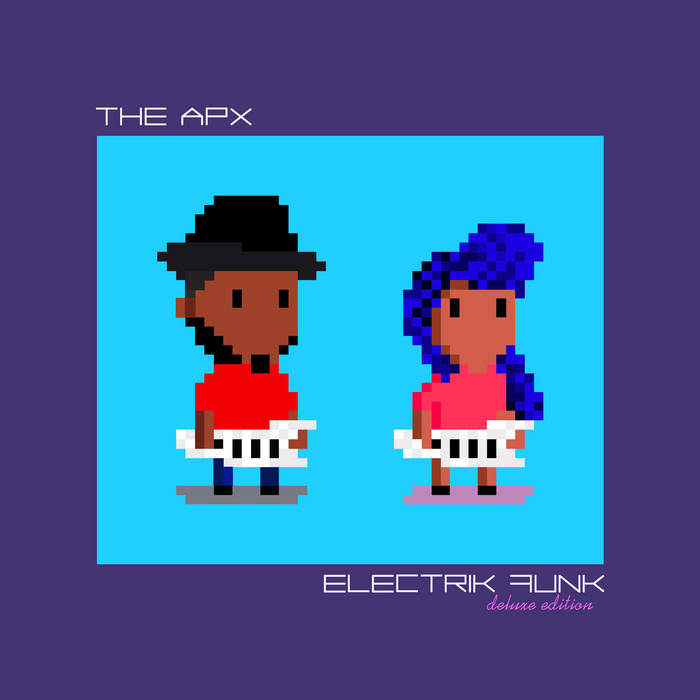 zeusdagod Takes me back to my childhood when the funk was alive and strong. And still is thanks to The APX. Favorite track: Lose Yourself to the Groove.

KQMLOVER These songs are so funky and full of a strong sense of rhythm. Favorite track: Lose Yourself to the Groove.

Husband and wife duo Dee Rhodes and Erika Rhodes form the Atlanta-based electronic project now known as The APX. Though the collaboration is a new undertaking for the pair, neither artist is a stranger to the music industry. The APX went into launch mode following the culmination of a successful private event band known as “The After Party Experience”. Dee and Erika describes The APX sound as "a galactic funky atmosphere using synths, sax, and vocals”.

The group released their first single “Capture The Moment” initially to “test the waters.” Since the song release in January 2016, the duo has expanded and zoned in on refining their distinct sound which is a fusion of Nu Disco, Electro Funk and Synthwave. The project takes a myriad of influences including 80s music and “fuses them into a new era” according to the band.

The APX recently released several live remix videos to illustrate what fans might expect to see at one of their shows. The videos have been a source of success for the creative project, having allowed the group to grow their fan base exponentially while receiving kudos from world-renowned artists such as Teddy Riley, Dave 1 of Chromeo, Alex Frankel of Holy Ghost, Nick Littlemore of Empire of the Sun, Dam Funk, Zapp Band and many others. The group also caught the attention of major music software/hardware manufacturer "Native Instruments" who now sponsors the two in their endeavors!