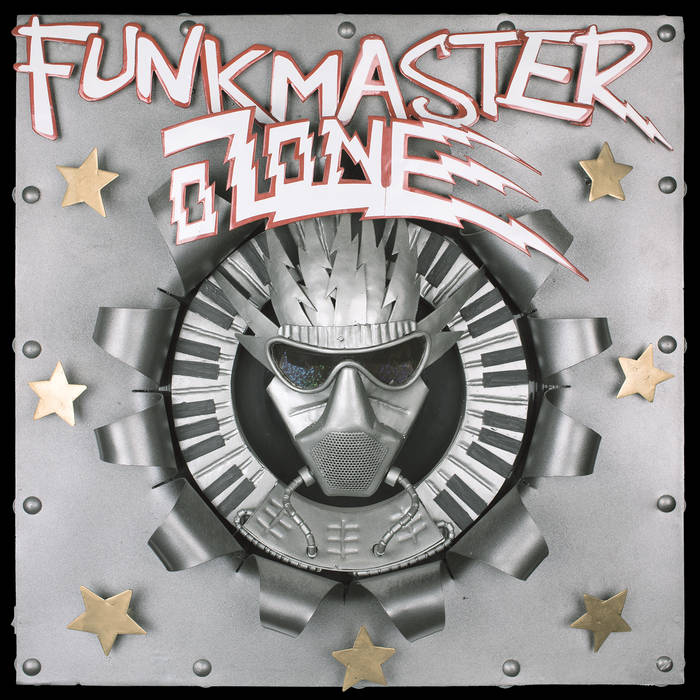 10 Years after his last LP on Vinyl, the Legendary FUNKMASTER OZONE, one of the Kings of the Underground Funk Movement is back with an explosive New LP!
As always on his records, there is a P-Funk side and an E-Funk side.
There are all the elements that have characterized its unmistakable sound since the beginning of the Funkmaster Ozone Era!
Power Analog Synthesizers, Talkbox, Vocoder, DMX, 808 and his absolutely amazing Funk touch.
The LP includes a featuring with the wonderful voice of JAMIE DAVIS & the touch of H.M.KLOTZ in the song "Freaky Friday", an incredible Master Piece which seems to have come directly from the 80s!
And also a great collaboration with another superb artist like EDDY FUNKSTER on "Integrity".
The LP, is a full trip into the universe of Funkmaster Ozone, a must have release!

All Tracks written, produced and performed by Funkmaster Ozone.
"Freaky Friday" co-produced by Jamie Davis and Holger J.M.Klotz.
"Human Voice" on "Freaky Friday" by the one and only Jamie Davis.
"Integrity" Co-produced by the Mighty Eddy Funkster.
Re-Arrangement of "R.O.G.E.R" and "Freaky Friday" and also all mixes
made by Cutmaster G.B. at Earth Edge Studio.
Sculpture on the front made by Marcelo Funk Riga. True Funk Art!
Cover shootings by Ingo Kasten.
Vinyl Mastered by Alek Stark at Fundamental Audio.
Digital Master by Ivan Makvel.
Artwork by Luca De Giuli aka Lucky Duke.
Executive Produced by Ivan Makvel & J. Pastor.
Published & Released by The Sleepers RecordZ & Neon Finger.