Relic Of The Mothership 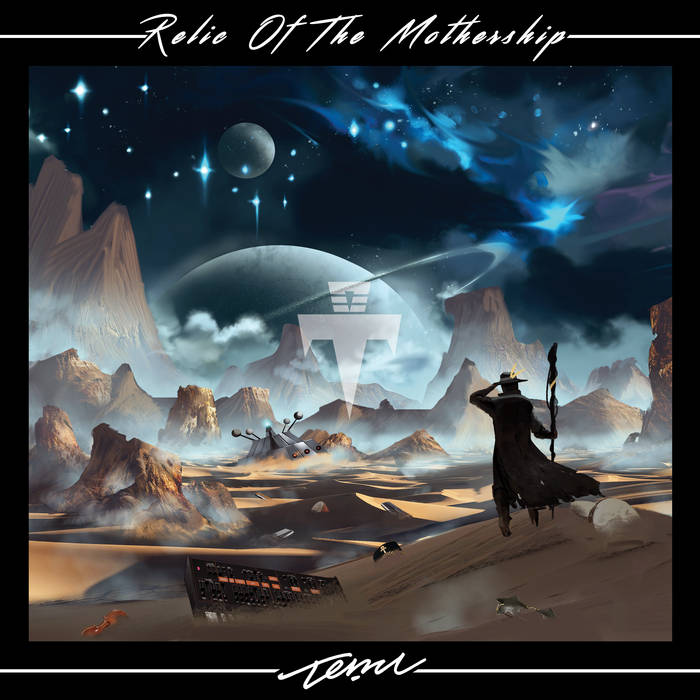 Robert J Kline SOMETIMES A GEM COMES ALONG WITH SOME KILLER ORIGINAL MODERN FUNK AND AFTER LISTENING TO THIS I HAD TO HAVE IT , IT IS WHAT I WILL LISTEN TO A LOT 🌟🌟🌟🌟🌟🌟🖒👌👊🍻 Favorite track: Jooze (Remix).

otavio NOCERA IS just my favorite musique for me!!, the vintage style is come back for the pleaser all around the world, I'm live in New Caledonia, but I'm come from France, this style is pure for disco and the dance floor. groove, and the beat and the voice is just!!...comme on dit chez nous "c'est de la bomber BB" thx you ;;;;;;;👌

Temu’s long anticipated debut album, “Relic of the Mothership”, drops on Dec 15 courtesy of Sleeperz Records as a selection of previously released tracks originally intended for the album, and a handful of new material tying it all together, culminating in to what may be his greatest work to date.

Award winning singer, dancer, producer, songwriter, multi- instrumentalist and all around 21st century renaissance man, Temu Bacot, was given the gift of music as a child, and has been tearing it up on stages around the world ever since.
Temu’s style moves effortlessly from mellow soul to raged-filled rap, from to talk-box P- funk to sophisticated ballads – covering an astonishingly varied musical landscape in performances that are tightly focused, yet warm and human.

Temu’s experience as a performer is extensive. As a child in NYC, Temu spent several years singing in the prestigious Boys Choir of Harlem and The Young People’s Chorus of New York City – performing at Carnegie Hall, Apollo Theater, Lincoln Center and many other world-class venues at a very young
age.
At age 19 a rare opportunity set him on a 12 year journey to Scandinavia, settling in Denmark and Sweden, where he further honed his skills and went on to further his career as a dance teacher, producer, studio engineer, actor, and perform with dozens of bands including his own in in hundreds of venues throughout Europe.

Temu’s first major opportunity was during his teen years singing backups on the multi-platinum hit by The Lox ‘We’ll Always Love Big Poppa’.
Temu has since worked with artists from Denmark and Sweden like Dj Static, and Promoe. You can also hear his voice and talkbox work alongside other
international acts like Mofak, STWO, Gramatik, Royce Da 5’9, and Pharaohe Monch.
In recognition for his personal works and collaborations with local Scandinavian artists, Temu was awarded ‘Best Producer in 2014' by Scandinavian Soul.

His releases span a wide spectrum of genres - though his latest has been mostly Funk orientated. For the past several years he contributed largely to
the street dance community and has wooed EDM lovers and funk diggers with head banging, euphoric funked-up instrumentals such as “Boogaloo Blues”, “Chemifunk”, and the underground classic cover “Funk Over Egypt” .

With his vault of relaxed grooves to uptempo rockers, neck breaking cover songs or just pure funk seemingly out of a time machine, he’ll certainly make any funk aficionado out there jump for joy and have you dancing in your room in no time.
Drawing inspiration from soul, funk, 80’s electro, jazz and more, Temu masterfully stirs them all into a unique cocktail of 21st Century P-Funk.

CD Digipack includes all the 19 tracks showed in this page.

To my mother and father, Mimi and Victor, without you I would not be possible.
To my #1 greatest supporter, my wife, Signe.
To the rest of my familes in the US: Bacot, Freeman, Middleton, Hayott, Destephano.
To my Danish families: Rudolfsen, Bresling, Allisstone, Dahl, Sithole, Jørgensen, Schwarz.
And to all the dancers and funkstas worldwide.
Thank you for all of your love, support and inspiration.
"Temu"